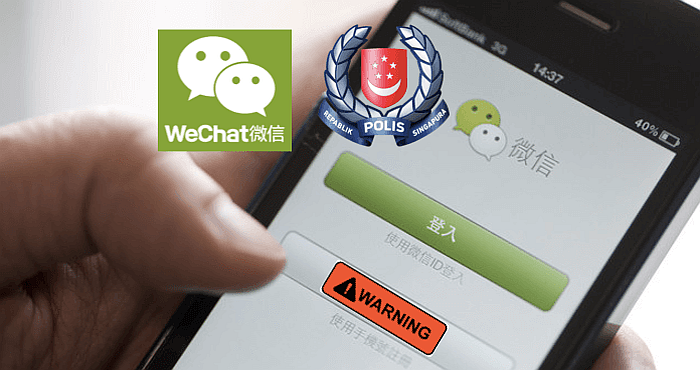 The Singapore Police Force has declared that it had gained multiple reports regarded the cases where victims were cheated by scammers on WeChat, telling that more than $70,000 lost in this. They further told that the scammers had stated that they would sell the user’s different material like game credits or foreign currencies at raised costs. The victims faced an ad block on the sale of game credits while playing various online games like Three Kingdom Rush, Jian Xia Qing Yuan 3 and so on.

There appeared ads on the screen which directed the victims to include scammers on WeChat. After this, victims were asked to register for accounts on a site so that scammers could get their credits. As police told that this registration done by victims led to the usage of their personal info and bank account data by scammers.  As the registration is completed, users were contacted through WeChat QQ and asked to pay for credits via MyCard. But, scammers didn’t deliver the credits and did not contact again.

As the police told that there were few users who further got cheated by scammers, and lost extra money referring to different reasons like fees for activating bank account, etc. There are some scams which involve the sale of foreign currencies, where victims respond to online ads that provide online money transformation services at catch rates. Further, users were asked to add scammers on their WeChat id.

Once victims add them on WeChat, they were asked to pay for the local bank accounts for receiving the currencies through victim’s WeChat account. But, as the payments were made, the victim didn’t get any response by scammers. Sometimes scammers even block such victims on WeChat and disappear.

The police have recommended few precautions to avoid such losses:

Posted in News Tagged with: WeChat